Meetings are held on the 2nd Wednesday, except Dec and Jan.

Read the latest copy of our Newsletter - 'The Banter' - Click Here 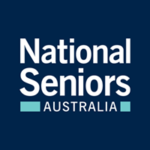 National Seniors Association Ltd. (National Seniors), formed in 1991, from the merger of Mature Australia of New South Wales and Later Years of Queensland and a further merger with Self Funded Retirees of Western Australia. National Seniors is a not-for-profit membership-based community organisation which has as its major goals:

With a membership of 280,000 and growing National Seniors is Australia’s largest organisation representing those aged 50 years and over. Our membership includes those in the workforce, those on social security pensions and self-funded retirees.

With branches Australia-wide, our members can have their say on issues that affect the over fifties.

National Seniors actively presents the views of its members to all levels of government and are on many consultative committees.

National Seniors arranges for its members, a range of exclusive member benefits and services such as insurance and travel.

Our members-only full-colour magazine 50 something full of informative and interesting articles, published bi-monthly and mailed to members homes.